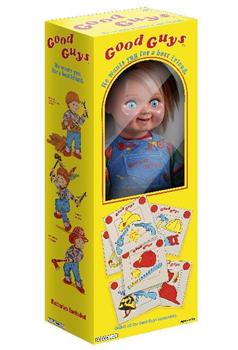 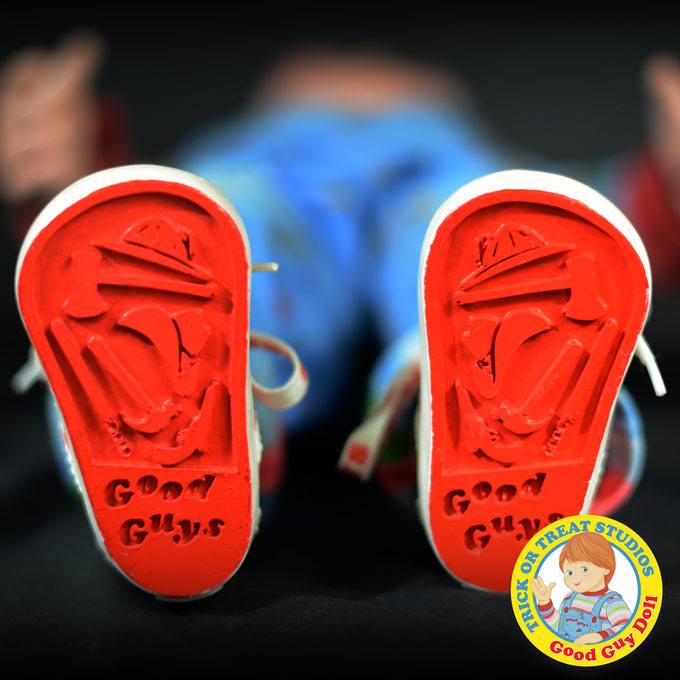 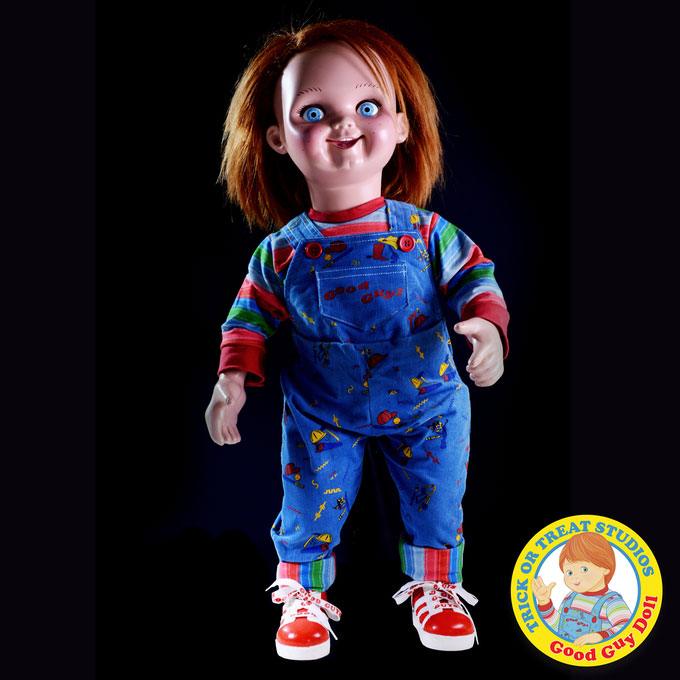 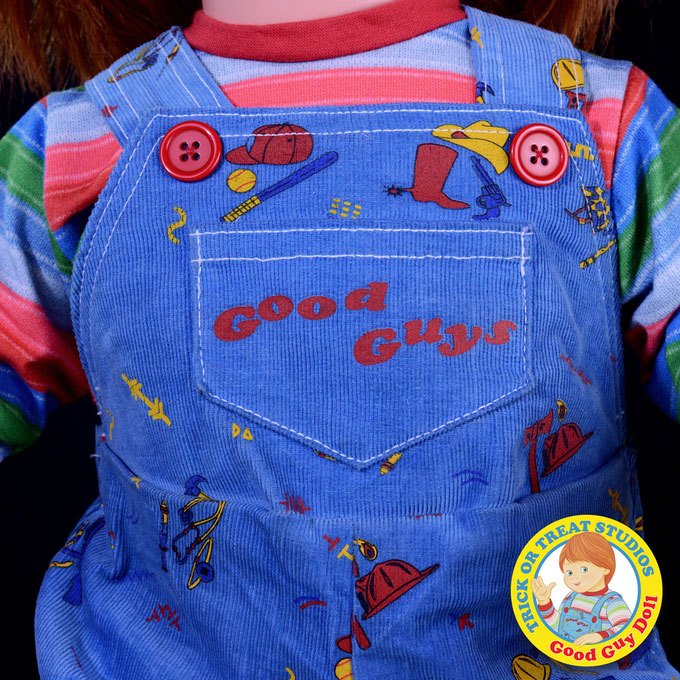 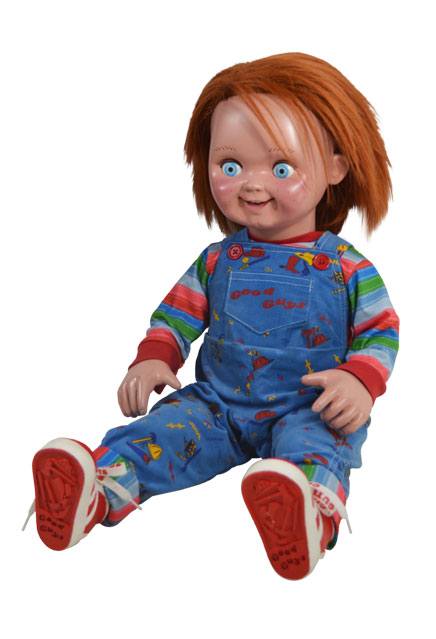 "Hi, I'm Chucky and I'll be your friend till the end, heidiho hahaha." Trick or Treat have gone above and beyond for fans of the Child's Play films and introduce this officially licensed 1:1 scale Prop Replica Chucky Doll which is the most screen accurate Child's Play product ever produced! Are you a fan of Chucky because this is not just another Chucky Doll and in view of the fact that for the first time ever, you now have the chance to own this officially licensed 1:1 scale Good Guys Doll replica, which has been developed using 100% screen used molds as well as the actual castings and fabric swatches used to make the actual doll in the film. The dolls body frame has been made from POM (Polyoxymethylene) Thermoplastic Connectors for maximum flexibility and durability because it is the same material that is used for hip replacements and they are surrounded by a soft flexible foam to allow you to pose the Doll anyway you want. Chucky come packaged in a Good Guys Box made from the screen used box art. Chucky stands approx. 89 cm (35") tall.