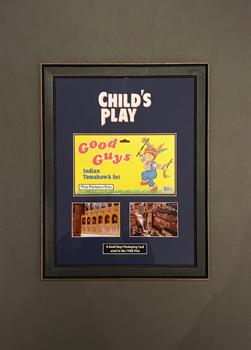 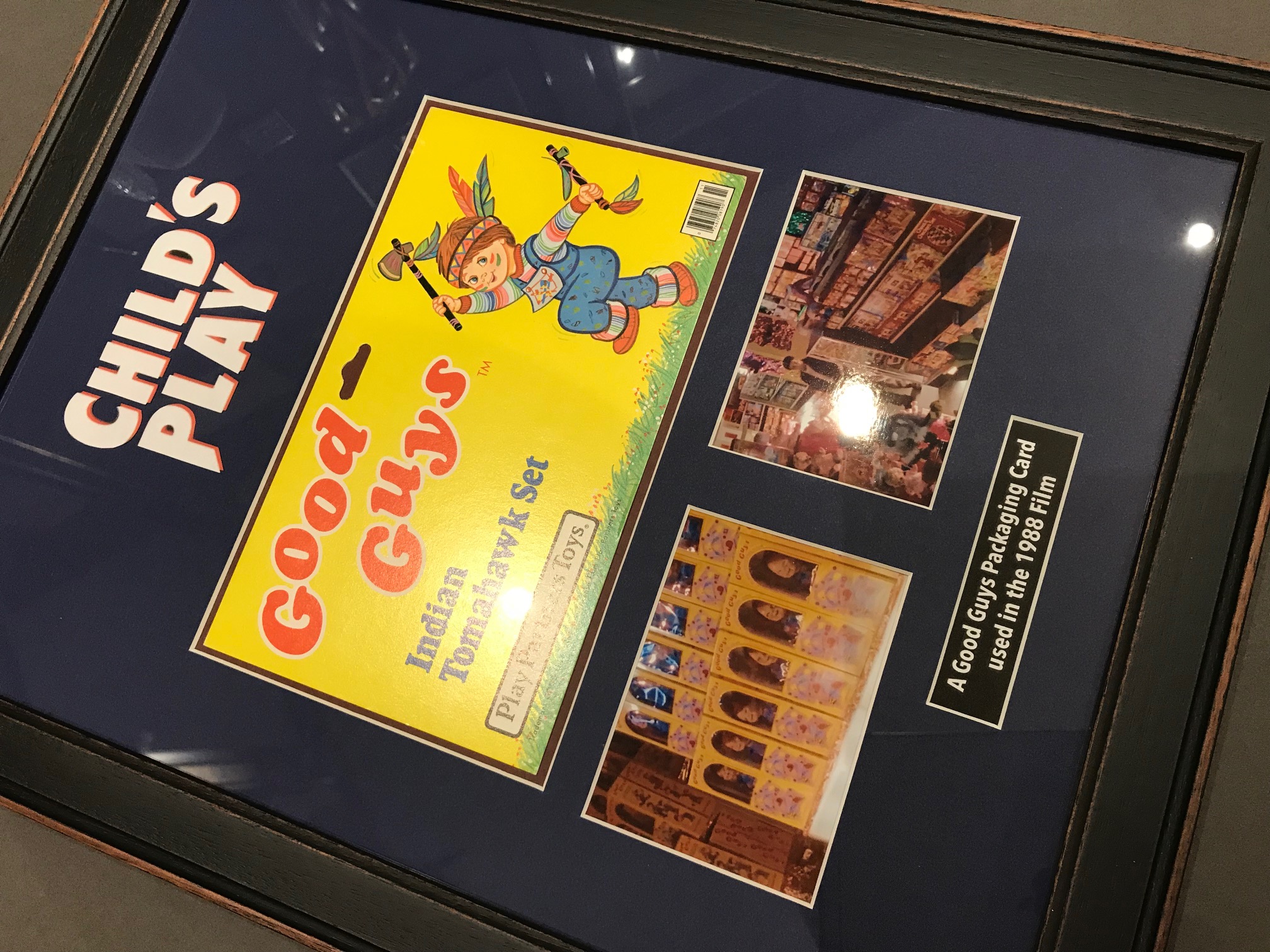 This is an original packaging card used in Director Tom Holland’s hit American Slasher Film which follows a notorious serial killer whose spirit inhabits a ‘Good Guys’ Doll. The card includes a central hole where it would have hung on the toy shop wall & includes a picture of a Good Guys doll wearing the Tomahawk Set. Cards of this kind would have been used as set dressing in the opening scenes of the film, when Charles (Brad Dourif), whilst being chased by Homicide Detective Mike Norris (Chris Sarandon), breaks into a toy store & performs the Vodou spell. The card has some minor wear from production use but remains in excellent condition. It was originally acquired by a member of the Film’s Set Decoration Crew & accompanies Provenance.