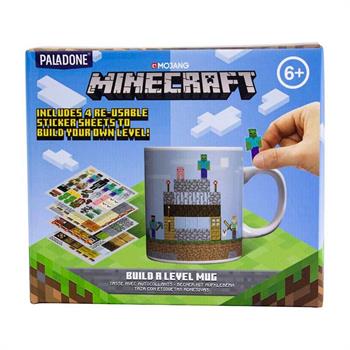 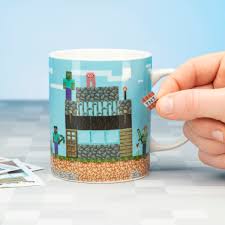 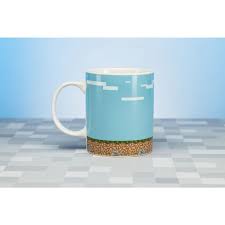 New £7.99
Available for Next Day Delivery*

Now you can take your worldbuilding and creativity to a totally new level with this build-a-level mug! Includes four reusable sticker sheets that have characters, mobs, tools and blocks to place where you want on the mug to create your very own custom world that you can drink from. Makes a great gift for Minecraft fans and lets them show off their love for the game at home, at the office or anywhere else you might want to take it!

At first glance, Minecraft seems like a simplistic game with a basic concept, But for many people out there it acts as a platform for creativity and gives them the chance to build up their very own buildings in the vision that they design. For other people, they like the exploration element of the randomly generated environment and the thrill of navigating vast tunnel works and mineshafts in search of treasure and precious minerals.

Over the years, Minecraft has grown bigger and better, By adding new content like aquatic creatures and new crafting options to new biomes and environments like ‘The End’, Minecraft has kept people hooked since its release in 2009. Such a concept is easy for young people to play and gives many gamers a softer introduction to the ‘Survival’ game experience and as a result, has managed to sell over 176 million copies worldwide (Making it one of the best selling games ever made).