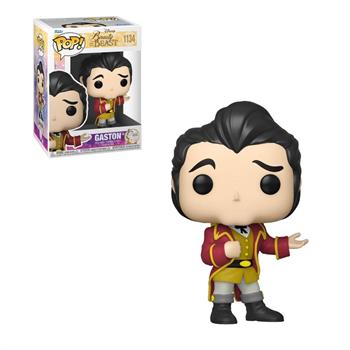 New £9.99
Available for Next Day Delivery*

Celebrate your favourite Disney Princess film with Be More Geeks enchanted Disney Beauty And The Beast Formal Gaston, inspired by the Disney classic.

Released in 1991 by Walt Disney Pictures, Beauty And The Beast is an American animated film and Disney’s 30th animated feature. The movie follows the story of Belle (voiced by Paige O’Hara), a famous Disney Princess, and her captor, the Beast (Robby Benson). It is based on a fairytale published by Jeanne-Marie Leprince de Beaumont in 1756.

Gaston is the film’s narcissistic Villain. He is obsessed with marrying Belle and creates a plan to force her to marry him.

This is undoubtedly the best gift for Disney fans – the ideal treat for any special occasion, whether that be a birthday, Christmas, or any other event amongst the horizon.